An Advanced Terrain and Megatexture

This guide will show you step by step, on how to create a detailed Megatextured Terrain.

Please ensure you are familiar with A Simple First Megatexture before attempting this tutorial.

For this tutorial you must:

Programs used in this tutorial are:

Other similar programs can be used instead of these, but wont be covered in this tutorial.

This tutorial does not cover in detail:

If you already have a terrain mesh, and do not want to use Mudbox and World Machine, skip to Prepare Terrain for Megatexture.

These are the basic steps for sculpting a terrain in Mudbox.

This step is needed if you want to import your current terrain mesh into World Machine. 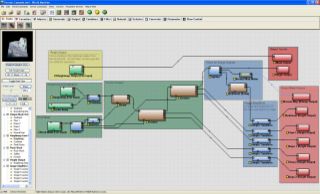 World Machine is used to add erosion flow lines to the terrain. It's also useful as the flow maps can be exported to help create masks for texture distribution later in Terrain Editor. These are the basic steps made to build the World Machine device nodes.

This World Machine example was given using World Machine 2, which is currently in Beta. A couple of features show aren't available in World Machine v1.25. They are the Snow node (which isn't needed) and Mesh Output. An alternative to creating a mesh from a heightmap can be found here. 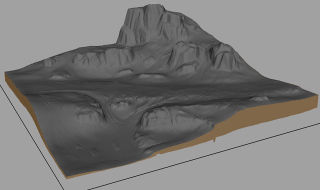 This stage will briefly explain how the high-poly mesh exported from World Machine can be optimized down to the low poly game mesh. 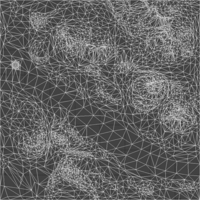 This process is written for Maya, other 3d packages will have to modify the process. 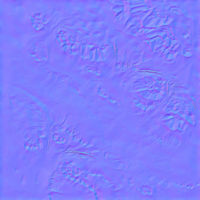 The Perturbate Image is an image that is applied to the megatexture, and corrects the low poly mesh normal to match that of the high poly. 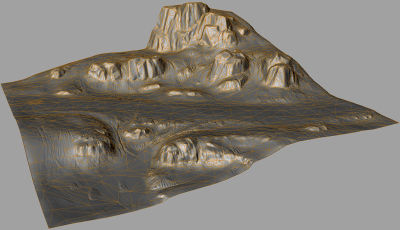 Also render the mesh normals (world space) to an image. The blue channel will become useful when creating distribution masks, as it represents how vertical a polygon is.

Now the mesh is nearly ready for the game, just a couple more steps.

This section will cover the step by step creation of the Megatexture using Terrain Editor (an inspector tab in EditWorld). For Detailed explanation on feilds and setting not discussed here, check out the Terrain Editor

Set up the Map

Also on the Root node is where the detail textures are assigned. In each of the layers created, you assign which of these 4 detail textures to use. Detail Textures need to be a greyscale 512x512 texture (preferably saved in base/textures/detail/).

Here we'll start to create the texture layers that build up the Megatexture. The steps will progressively skip repetitive information about the layer setup. 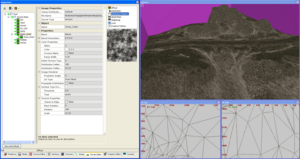 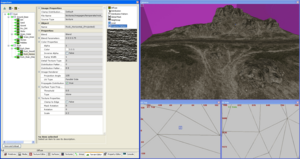 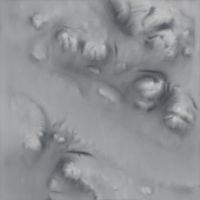 Here we've given the road material a name sdk_main_road, and set the Diffuse, Local, and Mask textures. Also setting the Surface Type to pavemant, and Detail Texture to textures/detail/temperate_gravel.tga (which also must be assigned in the Root node). 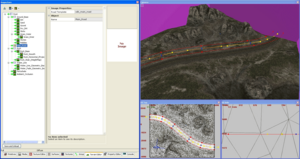 Using the projector node, localized texture detail can be projected onto the megatexture.

Created a groups to keep things nice an neat.